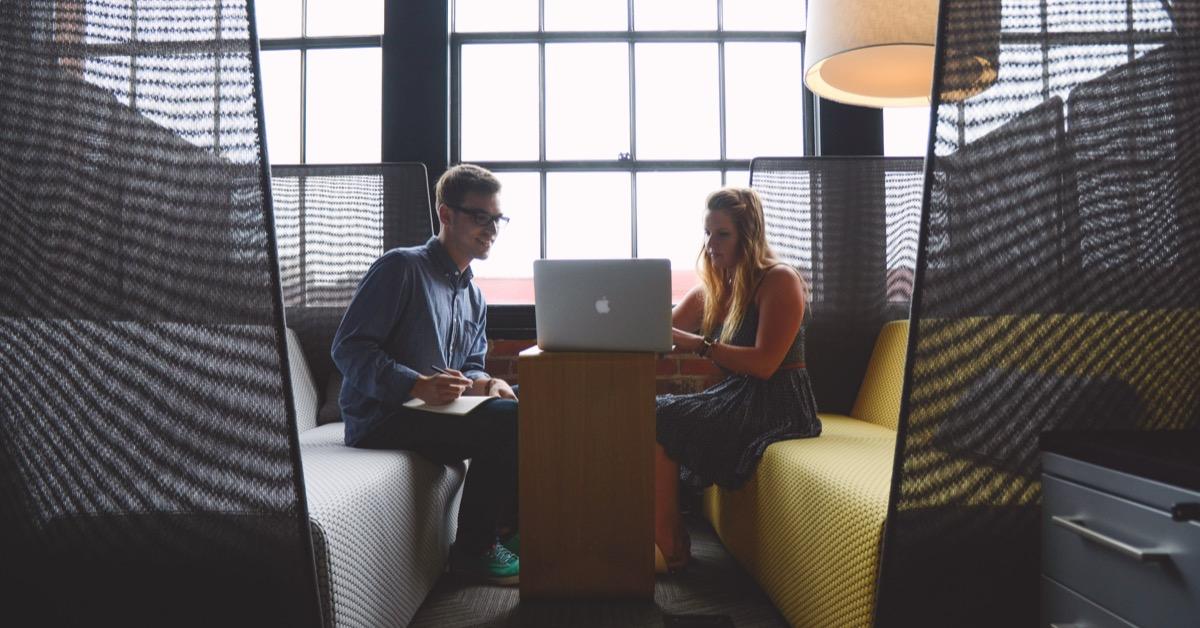 Accidentally Matching with a Co-Worker

Our match function can take you the strangest places near or far. Even into your place of work.

You’re a fan of our match function. We are pretty happy about it too. It gives you the possibility to be introduced to a lot of exciting people seeking company in one form or another.

This time it actually brought you a lot closer to home than you initially thought. You’ve had a match with a really nice person and you’ve been chatting for awhile now.

The conversation has turned towards work, and the grand surprise is, that you actually work in the same company, but in different departments. Well, this is rather amusing, isn’t it?

So this poses a whole new exciting angle to this situation. Cause how do you handle having a growing online relationship with a co-worker?

Well first of all you’re not that involved yet and therefore you aren’t actually doing anything wrong. You’re just chatting, which is completely innocent. Were you already engaged to be married it would be something completely different.

But what you might want to consider is whether you would want to be with someone who works the same place as you? Some people need to draw a very fine line between work and private life, which is quite understandable.

It is probably also a subject you should discuss with your match and see how they feel about it. After all, their opinion matter as much as yours.

Should both you and your match be interested in keeping the contact going and see where it leads, that’s just great. Being colleagues you should have plenty to talk about, so there’s probably not that big a chance of the conversation slowing down.

One thing to remember though. Should your online relationship begin to take the serious step and you’re considering it engagement and marriage, you should tell your respective bosses.

It’s a manner of conduct and there might be some specific company rules about relations between employees in the workplace.